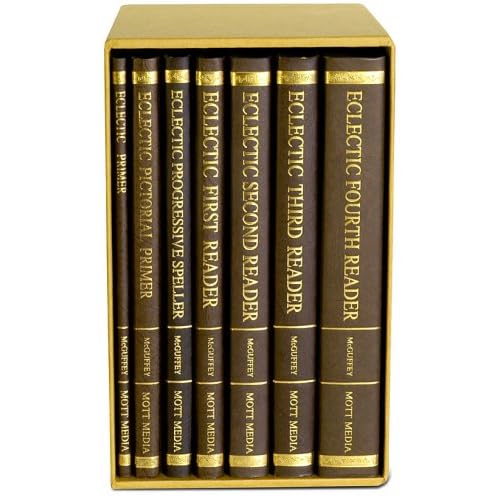 “Without a defined nomenclature communication was not possible beyond the rudimentary understanding between men and dogs, or between two small children.  The lack of a common vocabulary of clearly defined words that all parties can use fluently, was the limiting factor in communication between all people, groups, or nations.

Therefore, he suggested that there were only two choices.  I had to learn to speak the language of the alien, or the alien had to learn to speak English.  Factually only one choice was possible: that I persuade Airl to learn English, and that I teach it to her with the guidance of the language specialist.  No one had any objection to trying this approach, as there were no other suggestions.

The language specialists suggested that I take several children’s books, and a basic reading primer, and grammar text with me into the interview room.  The plan was that I would sit next to the alien and read aloud to her from the books, while pointing to the text I was reading with my finger so that she could follow along.

The theory was that the alien could eventually be taught to read, just as a child is taught to read by word and sound association with the written word, as well as instruction in fundamental grammar.  They also assumed, I think, that if the alien was intelligent enough to communicate with me telepathically, and fly a space craft across the galaxy, that she could probably learn to speak a language as quickly as a 5 year old, or faster!

I returned to the interview room and proposed this idea to Airl.  She did not object to learning the language, although she did not make any commitment to answer questions either.  No one else had a better idea, so we went ahead.”

“I began the reading lessons with the first pages of a school book that had been used to teach pioneer children in the 1800’s on the frontiers of America.  It is called “McGuffey’s Eclectic Reader, Primer Through Sixth”. [i] (Footnote)

Since I am a nurse, and not a teacher, the language expert who gave me the books also gave me an extensive briefing —  a course that took an entire day — on how to use the books to teach the alien.  He said the reason he chose these particular books was because the original 1836 version of these books were used for three-quarters of a century to teach about four-fifths of all American school children how to read.  No other books ever had so much influence over American children for so long.

McGuffey’s educational course begins in “The Primer” by presenting the letters of the alphabet to be memorized, in sequence.  Children were then taught, step by step, to use the building blocks of the language to form and pronounce words, using the phonics method [ii] (Footnote) which involves teaching children to connect sounds with letters.  Each lesson begins with a study of words used in the reading exercise and with markings to show the correct pronunciation for each word.

I discovered that the stories in the “First and Second Readers” picture children in their relationship with family members, teachers, friends, and animals. The “Third, Fourth, Fifth and Sixth Readers” expanded on  those ideas.  One of the stories I remember was “The Widow and the Merchant”.  It’s kind of a morality tale about a merchant who befriends a widow in need.  Later, when the widow proves herself to be honest, the merchant gives her a nice gift. The books do not necessarily teach you to believe that charity is expected only of wealthy people though.  We all know that generosity is a virtue that should be practiced by everyone.

All of the stories were very wholesome and they gave very good explanations to illustrate virtues like honesty, charity, thrift, hard work, courage, patriotism, reverence for God, and respect for parents. Personally, I would recommend this book to anyone!

I also discovered that the vocabulary used in the book was very advanced compared to the relatively limited number of words people use commonly in our modern age.  I think we have lost a lot of our own language since our Founding Fathers wrote the Declaration of Independence over 200 years ago!”

“McGuffey’s Eclectic Readers were written by William Holmes McGuffey who began teaching school at the age of 14. He was a professor of ancient languages at Miami University from 1826 until his resignation in 1836. He then served as president of Cincinnati College (1836-1839) and Ohio University (1839-1843). Returning to Cincinnati, McGuffey taught at Woodward College from 1843 until 1845, when he became a professor of moral philosophy at the University of Virginia. He was ordained as a Presbyterian minister in 1829. It was during his years at Miami when McGuffey was approached to write a series of readers for school children. In addition to the work done on these by William Holmes McGuffey, he was assisted by his brother, Alexander Hamilton McGuffey, who also compiled a speller and had sole responsibility for the Fifth Reader. Alexander taught school while working on his law degree and opened a law office in Cincinnati in 1839. The McGuffey Readers sold over 125,000,000 copies.

McGuffey became a “roving” teacher at the age of 14, beginning with 48 students in a one room school in Calcutta, Ohio. The size of the class was just one of several challenges faced by the young McGuffey. In many one-teacher schools, children’s ages varied from six to twenty-one. McGuffey often worked 11 hours a day, 6 days a week in a succession of frontier schools.  He had a remarkable ability to memorize, and could commit to mind entire books of the Bible.

The first Reader taught reading by using the phonics method, the identification of letters and their arrangement into words, and aided with slate work. The second Reader came into play once the student could read, and helped them to understand the meaning of sentences while providing vivid stories which children could remember. The third Reader taught the definitions of words, and was written at a level equivalent to the modern 5th or 6th grade. The fourth Reader was written for the highest levels of ability on the grammar school level, which students completed with this book.

McGuffey’s Readers were among the first textbooks in America that were designed to become progressively more challenging with each volume. They used word repetition in the text as a learning tool, which built strong reading skills through challenging reading. Sounding-out, enunciation and accents were emphasized. Colonial-era texts had offered dull lists of 20 to 100 new words per page for memorization. In contrast, McGuffey used new vocabulary words in the context of real literature, gradually introducing new words and carefully repeating the old.

McGuffey believed that teachers should study the lessons as well as their students and suggested they read aloud to their classes. He also listed questions after each story for he believed in order for a teacher to give instruction, one must ask questions. The Readers emphasized spelling, vocabulary, and formal public speaking, which, in 19th century America, was a more common requirement than today.

Henry Ford cited McGuffey’s Readers as one of his most important childhood influences. He was an avid fan of McGuffey’s Readers first editions, and claimed as an adult to be able to quote from McGuffey’s by memory at great length. Ford republished all six Readers from the 1857 edition, and distributed complete sets of them, at his own expense, to schools across the United States.

McGuffey’s Readers contain many derogatory references to ethnic and religious minorities. For example, Native Americans are referred to as “savages”. There are those who regard the references in the book to the Jews and Judaism as anti-Semitic. For instance, in Neil Baldwin’s Henry Ford and the Jews, the author makes the case that Henry Ford’s self-avowed anti-Semitism originated with his study of McGuffey’s as a schoolboy. Baldwin cites numerous anti-semitic references to Shylock and to Jews attacking Jesus and Paul. He also quotes the Fourth Reader to the effect that “Jewish authors were incapable of the diction and strangers to the morality contained in the gospel.” The readers further characterize Jews as “Christ killers” and labels their reverence of the Old Testament as “superstitious,” and teach that Jews have been rejected by God for being “unfaithful”.”

Purchase printed copies of the Readers individually, or as a set online:  http://www.amazon.com/McGuffey-McGuffeys-Eclectic-Readers-William/dp/0880620145

Link to the original 1836 version of McGuffy’s Readers, with teaching guide:  http://www.howtotutor.com/guffy.htm